Paris is, undeniably, one of the most picturesque and beautiful cities in the world! The whole city, filled with its iconic Haussmann architecture, quaint cafes and wide boulevards, is an Instagram wonderland everywhere you look!

Wondering where to find the best photo spots in Paris? Well, you’re in luck, I’m listing down 5 of my personal favorites, recommendations and stories along the way.

Where else can we start, but the Eiffel Tower? There is no bigger world-famous Parisian landmark than the Eiffel Tower (Arc De Triomphe comes second, of course). And let me tell you, the Eiffel Tower might look great in pictures, but it looks magnificent up-close and in-person!

The first time I saw the Eiffel Tower, it literally took my breath away. Seeing such an world-famous, iconic landmark for the first time was just amazing!

Definitely would recommend going to Trocadero, which is a very popular viewing deck overlooking the Eiffel Tower. Some people may remember this from a scene in the 2018 film Mission: Impossible – Fallout, where Henry Cavill’s character meets up with his boss.

It might look empty in the film, but it's definitely going to be filled with tourists by early afternoon to sunset! So I’d recommend going really early in the morning/around sunrise!

Other popular spots would be along the staircase ....

Don’t forget to visit or look for the Eiffel Tower once the sun sets, as it is lit up with this magnificent golden lighting. It almost feels as if you were visiting another Eiffel Tower, entirely!

But don’t leave too early, as the monument will come to life with a spectacular light show filled with bright sparkling lights for 5 minutes every hour. Pictures don’t quite capture the magnificence of the show, so here’s a video you can check out! It’s quite a sight to behold!

Now, while you’re around the Eiffel Tower, it’s worth checking out Bir Hakeim Bridge (formerly known as Pont de Passy), which connects the 15th and 16th arrondissements. Or as I like to call it “Inception Bridge”, as it featured in a scene in the movie “Inception”. And you’d probably pass by, as it’s right next to Bir Hakeim station which is the nearest Metro station to the Eiffel Tower.

It’s not only a beautiful bridge with spectacular iron architecture, but it also gives a great view of the Eiffel Tower alongside the River Seine. It’s a really photogenic place and it’s no wonder a lot of music videos, proposals and wedding photoshoots have been shot in this area!

One of the most famous art museums in the world! The classic courtyard, along with the modern glass pyramids, is definitely on top of all of our Instagram bucket lists of Paris!

A popular photo angle people take is from the entrance gate on Rue de Rivoli and Rude de Marengo – the pyramids align on each other perfectly and are framed with the arched opening! Here’s another tip: go on Tuesdays when the museum is closed and there’s less people!

A short walk from the Louvre will bring you to Palais Royal. This 17th century palace is one of the more contemporary Instagram spots that has been picking up in popularity with Daniel Buren’s iconic black and white columns. It was also featured in a Chris Brown music video back in 2019.

What was once a controversial art installation is now a fun photo spot frequented by younger crowds who love to climb up and down the columns. Nearby there’s also a small park called “Jardin du Palais Royal”, where you can walk alongside large fountains, tree-lined walkways & flowerbeds.

A short walk from the Louvre across the Seine will land you in another art museum, Musee D’Orsay. The museum is housed within a former train station and has great painting collections like Monet!

If you check out the 5th floor, you’ll see a great photo opportunity of the giant clock tower with a view of the city and the Louvre!

Although it’s outside of the city, Versailles is definitely a must-see for anyone planning to visit Paris! It’s a popular day trip for tourists and there’s no wonder, it's an amazing place to explore!

The grandeur and extravagance of the Château de Versailles is not lost on anyone who visits. Every apartment you enter in this palatial estate is adorned with gold and other precious gems,  just beautiful! Definitely get a shot in the most famous room in the palace, the Hall of Mirrors!

This might be a bit of a hike to get to, but I would also recommend going to the Grand Trianon. It was built as a refuge for the monarchs from their royal responsibilities.

Housed within the Grand Trianon, Petit Trianon was also constructed as a refuge for monarchs, most notably Marie Antoinette. It is surrounded by beautiful gardens and streams and is simply gorgeous!

This is actually a lowkey awesome IG spot! It may never be as popular as the Louvre or the Notre Dame, but Sainte Chapelle is absolutely worth going to. It’s amazing glass-stained windows are breath-takingly beautiful!

It’s commonly known as the art district of Paris, because a lot of artists lived and worked there in the 19th to 20th century. It’s quite lovely and charming to wander around its streets and walk up and down its staircases, definitely shows why Paris is regarded as the city of love! In my opinion, it's also one of the few areas in Paris that feels like an old, cozy French town!

There are definitely a lot of Instagrammable places here such as, but not limited to:

Place du Tertre - A quaint square where you can see artists paint and their work!

Don’t forget that there are so many more spots you can explore in the Montmartre area, so take your time and enjoy getting lost in these streets!

Did you actually think we’d go through this list without mentioning one of the most famous monuments of Paris?

The Arc De Triomphe is an absolute iconic landmark at the centre of the Place Charles de Gaulle (formerly called the Place de l’Étoile). So definitely expect a lot of cars, motorcycles and buses passing by! This’ll complicate your IG photoshoot, but I’ve got some tips for that perfect shot!

I’d recommend coming to the landmark quite early in the morning when there are less cars and tourists around. Taking your pictures in pedestrian islands in the middle of the road, will give you the best shot possible! If it’s still a little too crowded for your taste, take your photos on the opposite side of the monument facing Avenue des Champs-Élysées, which is Avenue de la Grande Armée.

Arc De Triomphe itself is also a great place to visit, go to the top and you’ll be treated to a great view of the Eiffel Tower!

Afterwards, take your time and window-shop along Champs-Élysées, one of the world’s most famous commercial streets! There’s always something happening in this most fancy of boulevards, so keep your eyes open and snap your OOTDs in this street!

So there you go, I hope you enjoyed my recommendations! Take note that these are just a few of my favorites and I’m sure there are a lot more Instagrammable places in Paris! Feel free to comment your faves below!

While you’re here, check out MiTravel: we’re a small team trying to reimagine how group travel planning is done. Check this link to see how we envision the future for group travel and sign-up to join our waitlist. We will be launching the MiTravel Planning Board this summer! 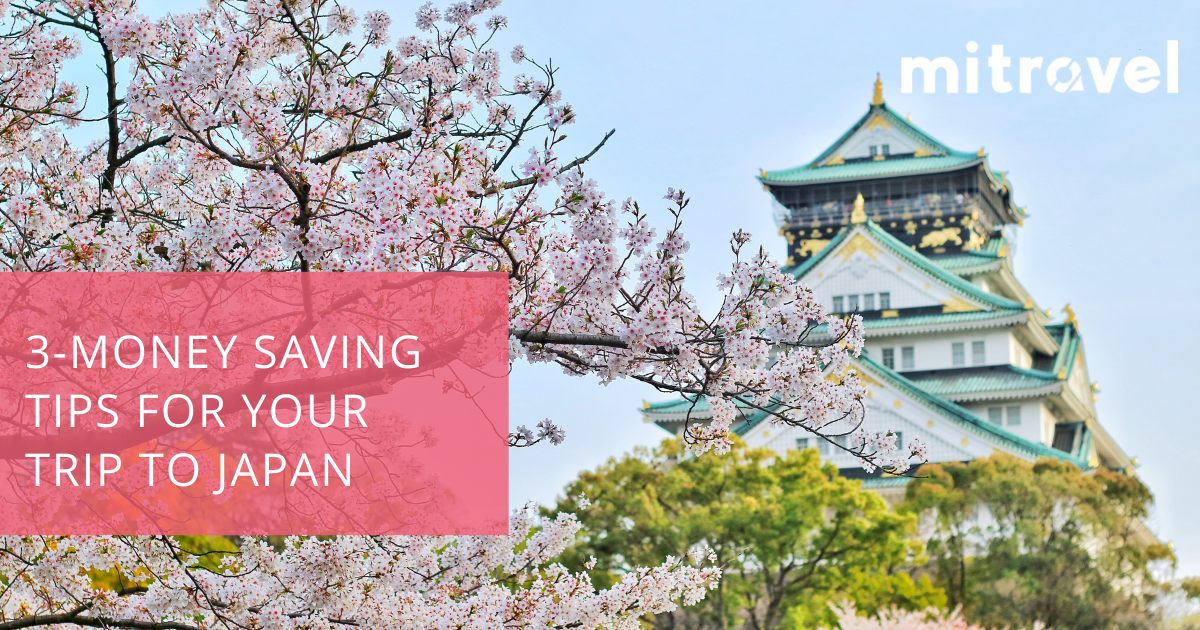 3-Money Saving Tips for Your Trip to Japan 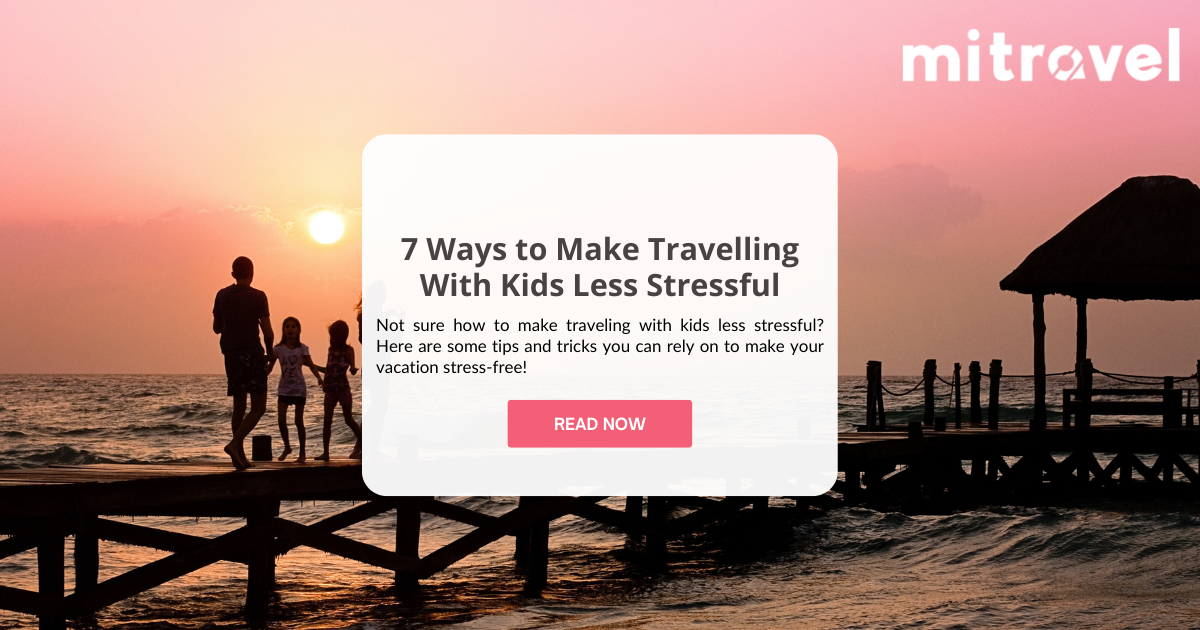 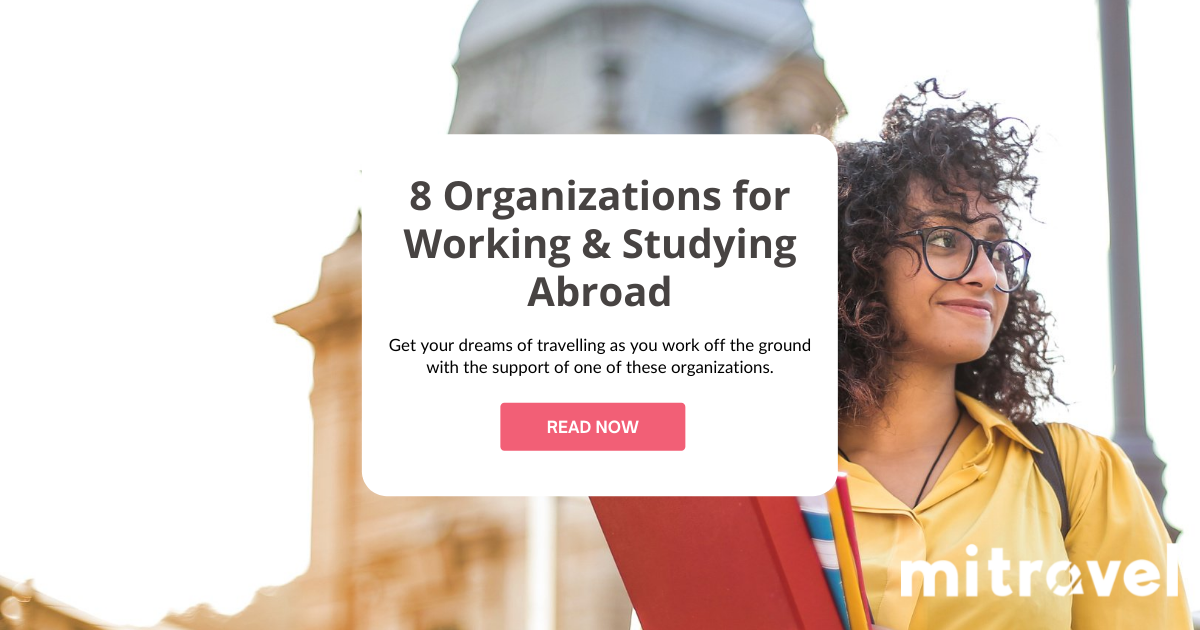 8 Organizations to Help With Working or Studying Abroad

We use cookies to improve your experience on our site.